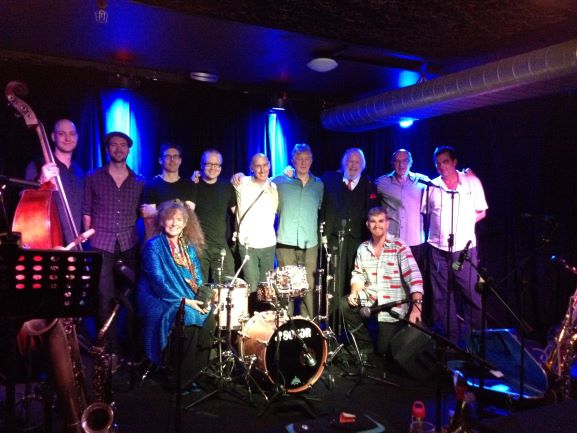 When Ten Part Invention play, it’s always an event and their September 21st gig will be no different. The line-up consists of brilliant soloists and the book bulges with superb compositions from some of the major jazz composers in the history of Australian jazz.

Ten Part Invention (TPI) first performed at the 1986 Adelaide Festival, in fact, the band formed as a Festival commission for John Pochee, from festival Artistic Director Anthony Steel. For years Pochee had longed for such an opportunity – to form a small big band, but one that combined the flexibility of a small group with the power of a larger ensemble.

TPI rapidly captured the imagination of the Sydney audience who flocked to its outings whether at the Basement, Strawberry Hills Hotel or the Harbourside Brasserie, the main club venues of the 1990s.

Later TPI performed regularly at the Side On Cafe, the Sound Lounge (for SIMA) and in recent years, Foundry616.

There have been changes in personnel as Bernie McGann (alto sax), Roger Frampton (piano and saxophones) and Ken James (saxophones)have passed away while Bob Bertles retired. Moreover, while John Pochee – leader and spiritual mentor – had to retire from performing duties for health reasons, he remains actively involved.

With over 50 compositions available to choose two sets of music, each gig surprises and inspires even a jaded listener. A rare opportunity to catch one of the great Australian bands.

This gig sees TPI rummaging through its back catalogue for the musical masterpieces that are there including a number of  Roger Frampton’s greatest pieces. Again, Roger’s sopranino will be played by Paul Cutlan.